Confined space entry programs are developed in an attempt to account for any eventuality that may arise from performing work in the potentially life-threatening confined work areas we collectively call "confined spaces". The government work safety oversight body, OSHA, has extensive requirements for companies conducting this type of work. Yet every year, dozens of workers are killed in these spaces, according to the Bureau of Labor Statistics. 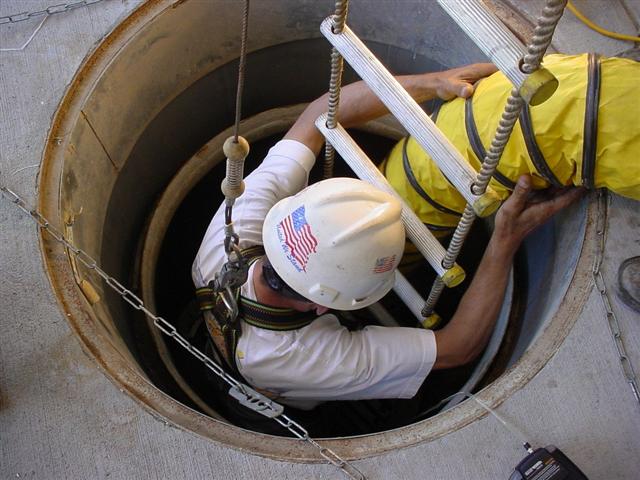 One reason may be an unrealistic expectation of rescue from public emergency services. A recent article from EHS Today touched on this problem and some of the reasons for it. It was interesting to have a 911 responder talking about confined space entry and the need for developing a plan that uses either private confined space rescue teams on stand-by, or training your own workers in this difficult task. The conclusion was ominous: "if a contractor or facility is putting 9-1-1 as their rescue plan, they are only planning for a body recovery."

In an earlier blog post we wrote about setting up a confined space entry program. It's a difficult job, and one that requires not only a deep knowledge of the type of work being completed in an area where periodic confined space entry is needed, but also requires forethought into what hazards could develop as work is conducted in the space.

In addition to basic confined space entry equipment such as a gas monitor, harness, tripod, winch, and other items available in a Confined Space Entry Kit, an entry plan also requires well-trained and competent individuals to be involved with a PRCS (Permit Required Confined Space) entry.

What often happens is on-site employees are only trained up to a certain level of confined space rescue. If non-entry extraction is impossible, workers may not be authorized to conduct entry extraction. The problem is, 911 responders may not have sufficient training to allow them to enter an unknown confined space either. And as anyone involved with the dangers of confines spaces is aware, rescue operations must be conducted in a meaningfully short period of time.

Fire department personnel may not be able to enter a confined space at all. Some fire departments have made conscious decisions about not spending the time and significant expense to train and equip their people for emergencies that may never come, or come so rarely as to not be worth the scarce resources of the department. Other departments may rely on larger nearby municipalities to cover these somewhat rare events. Still, other first responder departments may not be aware of these potentially fatal confined spaces where, historically, three rescuers die for every victim who is killed.

At the end of the day, more training and investment in the employees working in these environments may be the only solution. Ongoing training, and the expense of new confined space equipment such as Self-Contained Breathing Apparatus (SCBA), may seem hard to justify. But it will seem like a small price to have paid with a coworker unconscious and a fire department unable to enter the space in time.

If your company is dealing with these realities, let us know what your solutions are for confined space rescue.