Accidents can still happen no matter how much foresight goes into a job to prevent them. For workers working at elevated heights, that accident could be a tool suddenly falling off a ledge, potentially striking someone below you. A falling tool or object can easily cause a serious injury or even death. If an eight-pound wrench falls 200 feet down, it can approach a speed of nearly 80 miles an hour—no matter how great your head protection is, that’s a lot of force in a very small area that a lot of helmets aren’t built to handle. Bystanders outside of the work area are also in danger of being hit.

Dropped object hazards can come in many forms, and they aren’t always as dramatic as our example with the wrench. Anything from a small tool or pile of screws that’s too close to the edge of an at-height surface can become a dropped object if it’s kicked or blown by the wind to a lower level. Other dropped object hazards include tools stored in pockets, pouches, or bags that might not be fastened securely.

The two primary types of falling object hazards are direct impact and deflections:

Direct impact hazards are like that wrench example above. An object can drop straight down from heights, and without anything stopping it, can reach speeds that cause fatal forces. The amount of force generated will depend on the object’s weight and shape as well as the height from which it’s dropped. Not even wearing a hard hat can protect a worker from the forces of some of these direct impacts simply because they’re typically not designed for such high impacts.

Deflections are when the tool in question still falls but deflects off other surfaces or objects. While it seems like these might be less of a risk because it’s not a direct drop, these bounces and deflections can create a hazard of their own. This is because an object could bounce out of a designated “Drop Zone”—an area designed to keep workers and anyone outside of an at-height work area safe. Deflections could, in theory, result in a tool that travels horizontally outside of this zone, bypassing a barricade and hitting an unsuspecting victim.

Preventing falling objects at work, like any other safety hazard, is a matter of putting various controls in place. Fall protection, tool lanyards, and carabiners and anchorage can help but should not be the only measures considered when it comes to preventing tool falls. Consider the hierarchy of controls when making your at-height work safer for the people on the ground:

Body support in a tool tethering system incorporates tool attachment points. Like in a worker’s safety harness, these attachment points on the tool must be load-rated for at least the total weight it’s expected to carry. A tool is considered “tether-ready” when it contains an attachment point. Attachment points include quick spin and quick ring attachment, D-ring cords, D-ring and quick-wrap tape, and tool cinch attachments.

Connectors are necessary for tools to remain securely attached to an anchorage if a tool drops—think of them as the lanyards or personal self-retracting lifelines of the tool fall prevention world. Connectors commonly come in retractor or tether forms and exist for tools and hard hats.

Finally, the three-point tool tethering system includes anchorages. Because tools come in a wide variety of sizes and weights, tool anchorages can take many forms. Tools over five pounds will have anchorages off the body; on-the-body anchorages for tools under five pounds can include tool belts, belt loops, holsters, and wristbands.

For over 75 years, PK Safety has been in the business of protecting workers from on-the-job hazards. We carry tool fall protection in attachment points, wristbands, buckets, tool tethers, tool pouches, tool holsters, and tool belts. We also have many forms of fall protection for workers at heights or in confined spaces and other gear or accessories you might need, no matter your industry. If you have questions about workplace safety or the fall protection equipment we offer, contact us online or call a safety expert at 800.829.9580. 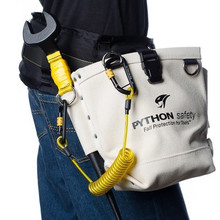 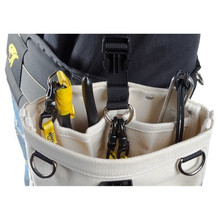 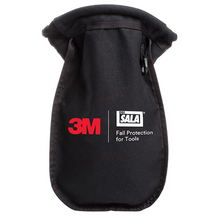 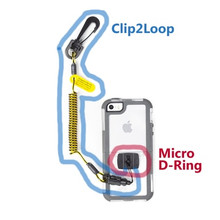 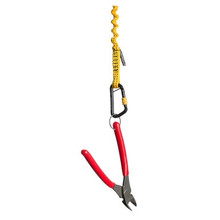 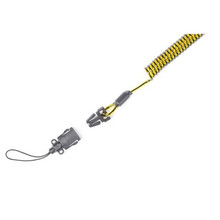