What is the latest universal safety danger? You will never guess, but it is a new augmented reality phone app which uses GPS-tracking and technology that imposes a digital facade on the real world - Pokémon Go. Who could have predicted this safety concern? The cute harmless cartoon critters debuted in Japan in 1996. Apps that layer a digital world on top of the real one can create awkward and even dangerous situations. The particular issues with playing Pokémon Go are the locations where players can catch and battle imaginary monsters: parks, stadiums, backyards, churches, museums, construction sites, and even in NASA. That’s where safety concerns come up. 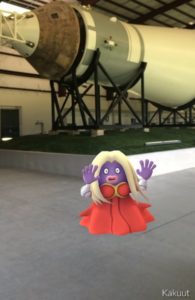 “Because Pokémon Go is becoming so widely adopted, the app not only should cause safety concerns among parents, law enforcement officials and businesses, it also should cause concern within companies and subsequently, safety managers,” says EHS Today in one of the articles.

The first accidents have already been reported: players were struck my moving vehicles, crashed the car, got mugged, robbed, and fell in a ditch while playing the game in inappropriate places. Michael Pachter, a gaming analyst for Wedbush Securities says: “I just hope that nobody actually gets killed walking into traffic.” 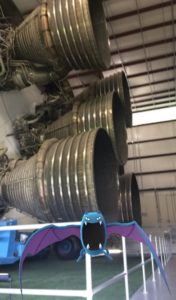 You do not need an OSHA officer on your site to deal with this cultural phenomenon. To prevent injuries in your working area, issue strict rules about using personal devices at work, install “Caution: restricted area” signs, warning labels, warning lines, barricade tapes, and make sure fences around the restricted project area are secure and well-maintained. Little things like that matter for saving lives. The National Safety Council found that there were 136,053 preventable injury deaths in the U.S. in 2014 – a 57 percent increase since 1992.

Here is the list of safety tips for players to prevent Pokémon Go-related accidents:

If you need the expert advice about safety, please don't hesitate to give us a call at 800-829-9580, or visit us online at pksafety.com, and follow us @PKSafetydotcom.