Even professional firefighters may underestimate the danger of smoke from simple fires say experts. Traditionally, firefighters have equated large emissions of hydrogen cyanide (HCN) or carbon monoxide (CO) with hazmat incidents or chemical plant situations. In reality HCN is present in almost every type of call - home, vehicle, dumpster fires, and many more. 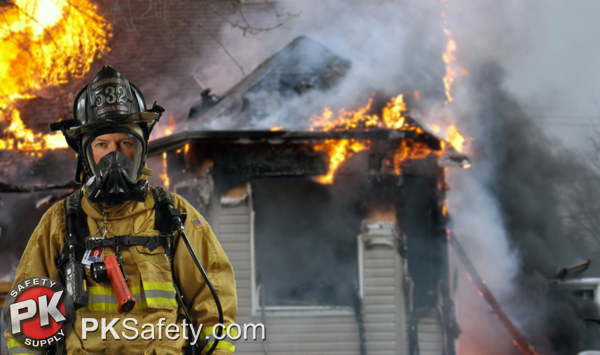 Resources such as gas monitors have traditionally mainly been used by confined space entry teams and hazmat response teams. But the information received from these devices can greatly help firefighters create guidelines to make each fire ground a safer place.

How bad are the levels of exposure for firefighters on a regular basis? Immediate danger to life and health (IDLH) levels for HCN are only 50 parts per million (ppm), while 1200 ppm of carbon monoxide is potentially fatal. An HCN level above 270 ppm can be fatal in 6 to 8 minutes.

Research by the Fire Smoke Coalition has shown that even simple pot-on-the-stove fires put out by the homeowners may produce carbon monoxide levels of 75 parts per million (PPM) which is well over the recommended exposure limit (REL) of 35 ppm. These are situations with minimal smoke present, and often emergency workers will fore go breathing apparatus in the name of expediency or by assuming the situation is not serious enough to warrant the extra gear.

Experts in the Fire Smoke Coalition say that unless a fire is 100% stable and cool, firefighters need to assume dangerous gases are being produced. Often carbon monoxide and hydrogen cyanide are both present, and in combination, they are even more dangerous to a person's health. See their video about HCN and CO monitoring here.

Because so many home products and building materials are made from chemicals and plastic products, it may be that smoke from fires is more dangerous than in the past. Whatever the case, firefighters across the country are turning to devices like the ToxiRAE Pro Single-Gas Detector from RAE Systems or more robust multi-gas monitors such as the RAE Systems MultiRAE Wireless-Capable Monitor to give a more complete picture of the dangers present in each new situation they face.

If you or your team have more questions about HCN or CO monitors, or gas detection in general, please call us at 1-800-829-9580 or visit us online at pksafety.com.