When taking a gas pipeline offline or installing a new one, utility crews must first treat the confined space with inert gas, such as nitrogen, to limit the chances of combustion. After the pipeline has been treated, workers should test the space for the presence of hazardous gases. This is what’s known as purge testing. However, this is not the same as conventional gas detection. The pipeline will contain little oxygen and high concentrations of natural gas, which could damage the gas detection equipment.

Most gas detectors and monitors are designed to detect small traces of hazardous gases. The typical sensors (catalytic bead or pellistor) used on the device need oxygen to accurately record how much gas is in the air. When exposed to high concentrations of gas, this will overwhelm the sensors, damaging the device in the process.

Some teams may not be aware that they are damaging their equipment when using these devices for purge testing. The sensors may not work properly thereafter, which could endanger crew members.

Configuring Your Equipment for Purge Testing

When you order the Purge Testing Instrument, you can choose your configuration based on what’s best for you and your team, including those with chargers and battery packs, so you can use this equipment effectively in the field.

To complete the purge testing process, follow these steps:

Conventional gas detectors will not work properly in oxygen-deprived environments. Use special gas detector accessories, including the RKI “T” fitting adapter, to protect your equipment sensors from damage caused by high concentrations of hazardous gases.

PK Safety Supply has been keeping people safe for over 70 years. Feel free to reach out to our team of experts with help on your gas detection devices and calibration. 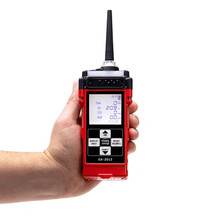 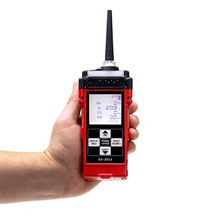 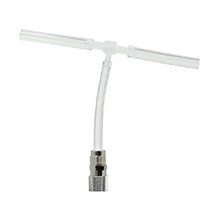