Ever wonder how fire departments and police maintain control over scenes where major incidents have occurred with only their limited personnel? In many areas, they don't. They rely on the well-trained volunteer firefighting force called the Fire Police to help maintain safety and security. While the exact role of Fire Police Units vary from state to state and department to department, their role remains vital. 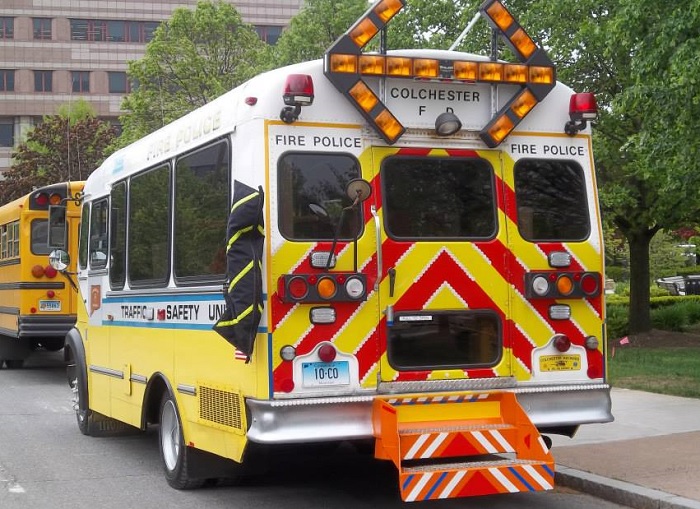 Fire Police units have formed in counties across the United States to assist the regular police in performing road closures, traffic control, and missing person searches. These well-trained units are often staffed by older members of the fire and police service and are a way for communities to retain the depth of knowledge gained by these members over years, and sometimes decades, of active service.

Fire Police members most often report to the Fire Department On-Scene Commander, or when working with police, to the Police On-Scene Commander, though there are some units that operate autonomously. Their primary roll is to provide operational support. When emergency services are overloaded, as in the case of a severe storm where power lines and trees are down, or traffic lights are out, Fire Police are trained to control access and traffic. Because the Fire Police focus on traffic control, they often have more sophisticated traffic control devices such as LED traffic cones and LED direction batons to direct the public away from danger. Their contributions free up needed standard fire and police patrols to take care of the most pressing needs of the emergency event.

In addition to fire and safety responsibilities, Fire Police Officers are often the first point of contact with civilians coming into contact with an emergency event. Local residents, business owners, residents, relatives, and others often approach an incident looking for information or access. Fire Police, among their other abilities, must have good people skills.

If you see Fire Police out in your neighborhood, remember to thank them. They are making a difference by volunteering to spend their time keeping our communities safe.