On March 5th, a Tuesday, the western span of the Bay Bridge in San Francisco Bay was transformed into a 1.8 mile long art installation while continuing to serve as a major traffic artery for the area. The project involves over 25,000 LED lights attached to the vertical suspender cables of the bridge and coordinated into computer-driven imagery. 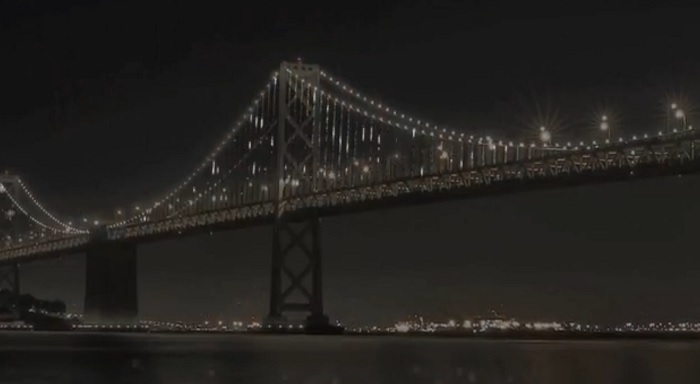 The artist, New York-based and Yale-educated Leo Villareal, creates works of art that bridge the gap (pun marginally intended) between art and technology. In fact many of the largest donors to the privately funded Bay Lights project belong to the technology elite of the Bay Area. Villareal's first light sculpture, a piece he called "Strobe Matrix" was made for another icon originated in the Bay Area - Burning Man.

The video, linked to the above photo, is from local tv station KTVU and shows workers from Cal Trans installing the lengths of LED on the bridge. Because these workers are operating at dizzying heights, they can be observed wearing all the appropriate safety gear such as full-body harnesses, rope grabs, and lanyards attached to vertical lifelines. 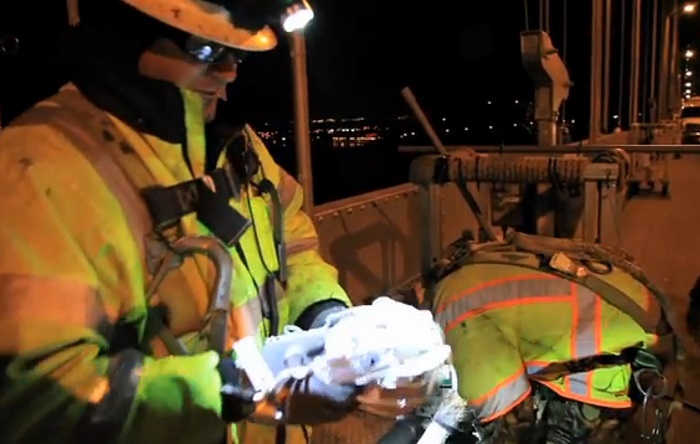 Each of the LED lights are rated to IP 66 which means they can handle very wet locations and the variations in temperature while resisting dust and other contaminants. Custom clips have been created to keep the lights oriented toward the City waterfront and in place over the project's two-year life span. The patterns created by the walls of light have been described as mesmerizing and hypnotic. Since that is the case, it's fortunate that the lights can't be seen by motorists crossing the bridge.