The London Olympic Park where Usain Bolt and Allyson Felix recently won gold medals has received a gold medal of its own. The Royal Society for the Prevention of Accidents (RoSPA) will honor the Olympic Delivery Authority (ODA) for what is being called the safest construction of an Olympic Stadium ever.

The ODA is the public body responsible for developing and building the new venues and infrastructure for the Games in 2012. And while it might seem a bit of a back-handed compliment, receiving the award for completion of the enormous stadium without a single death, one needs only look to the Beijing Olympics to see what construction without thoughtful safety procedures can look like. 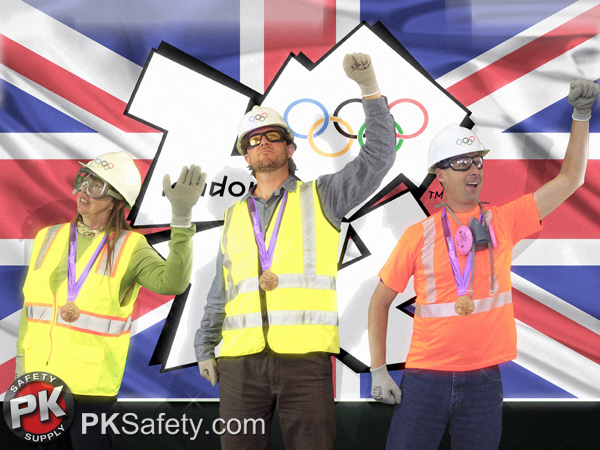 Beijing, for their efforts, acknowledges they lost 6 workers who fell to their deaths, and activists claim that many more were covered up, in the construction of the celebrated "bird's nest" stadium. Properly worn and secured fall protection equipment might have saved those workers. Over 17,000 Chinese workers were tasked with building the more than 30 competition venues designed for the 2008 Summer Olympics.

Large construction projects in any country can be dangerous places. For the London stadium, over 12,500 workers were involved, and there were 62 million hours of work completed. While there were accidents on site, none of them were life-ending. And with an overall accident frequency of only .17 per 100,000 hours the build was completed with less than half the number of accidents compared with the European industry average.