The rig count is climbing once again, and completions activity is increasing. Personnel who have been out of the business for a period of time and new hires are being put to work. With that, many are expressing concerns about restarting effective safety programs and avoiding serious injuries that come with the early stages of a boom.

In 2006 Patterson-UTI had 5 fatalities in 6 days. They did a company-wide safety stand down, and as a third party supervisor, I was required to attend a safety meeting conducted by the regional safety manager. At the beginning of the meeting, he asked the four crews, "Who has more than a year's experience in the oilfield?" One person raised his hand and he wasn't a driller. That rig went on to have a number of serious incidents, but no fatalities. They took several kicks, crowned the rig and dropped the blocks to the floor. 2017 may not be that bad, but every new hand and every hand who has been out of operation for a while is at risk. 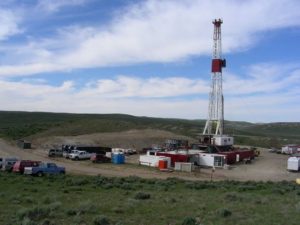 There is an engineering axiom that simply states - “The more complex the system, the higher the probability of failure.”

Anyone who doubts the veracity of this statement has never stood in the door of the VFD House while a tech tries to figure out what is wrong with the Top Drive.

Engineers thrive on complexity to our benefit while a roughneck thrives on practicality and getting things done. Nowhere can this contrast create more problems than in Health, Safety and the Environment. As the rig count begins to tick higher there is a corresponding increase in concern for rig, completions and related safety.

No denying, Safety Engineers have made huge strides forward for the people in the field. The International Association of Drilling Contractors reported prior to the bust of 2015 that since 1968, Lost Time Incidents have declined 98%. Regulatory compliance requires that certified people hold HSE positions. While justified, the policy makes no allowance for the value of experience and outstanding past performance.

Watching a Derrickhand climb to the board I think about how many times I climbed without being tied off or the benefit of a derrick climber. If you were too tired and slow climbing the ladder, the driller would send you to the board on the blocks. Eventually, we started using a belt that had a better chance of breaking your back if you slipped than breaking a fall. I brought a climbing harness I used for rock climbing because it made working in the derrick a little more comfortable. What a far cry from the fall protection on every rig today.

But as with anything that requires an engineering degree, complexity has increased in the safety category to the point that there was this report in eNews from DrillingContractor.org, ”at the 2015 IADC Drilling HSE&T Asia Pacific Conference on March 11 in Kuala Lumpur, Alain Moonen, Manager Wells Safety at Shell, noted that the industry's safety performance is tailing off even though we are still going in the right general direction. ‘It's unacceptable that we create an environment where people still get hurt,’ he said.”

HSE has become more complicated with the addition of one more letter to become HSE&T, and presumably another certification to be competent in safety. I’m only guessing the T stands for Training, or is it Technology, or maybe Terminology? I better ask a safety engineer. 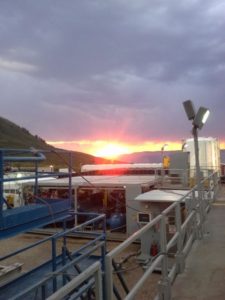 Each basin and state has different safety standards and operational procedures, and most companies have specific safety standards. Rig crews often complete classroom, computer-based and field-specific training before they can deploy. The IADC is trying to standardize safety, with most programs oriented to offshore and reacting to the Macondo blowout, and this may not be a good solution. Safety shouldn't shift to a one size fits all mentality.

Having participated in many different safety programs, I’ve seen which are most effective and which programs aren’t. The trend is always toward increasing complexity. The IADC adds more requirements with every committee meeting, OSHA has historically added more requirements with each passing year and every state regulatory agency is compelled to add standards for compliance as well. Operator safety departments address specific incidents in their operations. While equipment gets safer, the culture of safety becomes more difficult to navigate.

Many of you will recognize a company who uses a “safety wheel” which lines out nine specific safety areas that each rig is to be concerned with. I’ve completed this training with a number of crews and very intelligent hands and attended daily safety meetings where each of these points is highlighted. Yet at the end of the day, even the sharpest men on the rig are hard pressed to recite the entire nine components of that safety program.