According to the U.S. Energy Information Administration (EIA), the average retail price of regular gasoline in the US was $2.24/gallon on August 29, 2016, (the lowest price on Monday before Labor Day since 2004). In spite of the fact that gasoline consumption has been robust in such countries as India, China, and the U.S.A., growth in supply has been steadily outpacing consumption starting from 2015.

Refineries have the ability to adjust petroleum product yields by improving production processes and by upgrading their equipment. In 2015, they have increased production of gasoline to take advantage of high margins. As a result, gasoline production exceeded the growth in gasoline demand, which was followed by the excessively high gasoline inventory levels that remained steadily above 5-year averages and caused the drop in gasoline pricing.

Today, one of the conundrums for experts to solve is how to increase operational efficiency without increasing expenses. The recent collapse of oil and gas prices was followed by the attempts to decrease operational expenses by spending less on safety equipment. 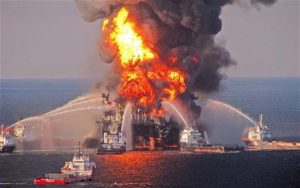 Oil and gas refinery operation is a complex downstream industrial process which involves a wide range of equipment and materials that create potential dangers for workers. Identifying these hazards and making fundamental changes to ensure safety is critical for preventing injuries and deaths at work. Unfortunately, fires, explosions, and gas leaks are still common at refineries.

These refinery accidents were caused by failure to follow OSHA guidelines, by usage of outdated equipment, or by negligence.

Safety must be a core value and a main concern in the oil and gas industry not only because people’s health and lives are priceless, but also from the financial point of view, as it makes more sense to keep workers and environment safe because eliminating accident consequences is more expensive than preventing them.

New regulations to strengthen workplace safety in oil refineries have been recently proposed by California’s Department of Industrial Relations, California Environmental Protection Agency and the Governor’s Office of Emergency Services. The Department of Industrial Relations commissioned the study to assess the impact. The benefits and costs to implement the regulation are addressed in the following two categories: the costs and benefits to the industry and to the society. These initiatives were driven by the fast changing situation in the oil and gas industry and were speeded up by the recent major fire and chemical release in California. Their main purpose is to prevent incidents at refineries and to protect workers and nearby communities from exposure to health risks.

For years, many companies have been implementing exactly the same safety measures and performing exactly the same safety activities, trying to improve safety without taking into consideration rapid advancements in technology and changes in the economy and the environment. In current market conditions, companies should start working together with government agencies to implement the highest possible level of safety culture. To maintain profitability, companies must focus on ensuring consistent safe operations to avoid compliance violations.

Important changes in OSHA regulations regarding severe injuries reports were announced in 2015. The one-year impact evaluation report on the implementation of 2015 OSHA Regulations, (which requires employers to report severe injuries within 24 hours of the incident), shows that employers and employees are more likely to increase efforts to make their work environment safe when they are involved in collaborating with OSHA. Today, instead of sending inspectors to the site where injuries occurred, OSHA responds by providing all the necessary materials to the employers to do their own investigation and to find a solution to the safety problem.

Reports filed by industry sectors in 2016 show that the oil and gas industry has the lowest hospitalization rate of 3% and the lowest amputation rate at 4% among the major sectors. However, OSHA officials are stating that only about 50% of severe injuries have been reported, judging by the number of filed claims and compensation received. Many employers, especially small and medium companies, prefer to hide the problem rather than fix it. Oil and gas industry data shows that safety is the number one priority for the oil and gas industry and safety measures are being implemented successfully in many cases.

“U.S. regulators should adopt the approach taken by the U.K. and Norway, in which oil producers are required to prepare detailed analyses and plans prior to obtaining drilling permits,” suggests Tom O’Connor, executive director of the Council for Occupational Safety and Health (COSH). A new safety model is based on community and worker education and involvement. This new approach emphasizes the importance of the general public’s involvement in emergency planning which could be achieved by providing full access to relevant data and information.

The positive experience of the countries where this safety model has been implemented indicates that their success was based on the presence of several regulatory prerequisites:

“Unlike in the past, the oil and gas industry now embraces emerging technologies from adjacent industries,” said Daniel Choi, Lux research analyst. “Weaker oil prices will likely facilitate the more rapid adoption of new technology, such as fit-for-purpose rigs for onshore drilling. The decline in oil prices could result in companies going either toward doubling down on efficiency imperatives or focusing on technology investment, depending on the exploration and production company’s culture, talent, leadership, play circumstances, and the regulatory regime under which they operate,” said Mike Mueller, vice president of technology development with MicroSeismic.

The following technologies will significantly increase the safety of operations:

New equipment and technologies will require highly-skilled and experienced technical professionals to run them.

4. Developing best practices that allow new technology to get implemented at lower cost

“Efficiencies have a way of moving through the industry in quicker periods of lower prices,” says R.T. Dukes, an upstream analyst with Wood Mackenzie. “Companies are developing best practices at all times and those practices get implemented faster at lower prices.” A large portion of cost savings to date have come from time saving. Today, preventing incidents compared to just improving emergency response is the best cost-saving strategy. 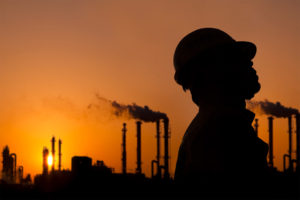 By 2020 the worldwide demand for energy is expected to increase by 24%, according to ExxonMobil’s prediction. Although alternative fuel sources have been developed, oil will remain the main source of energy for the nearest future. Since energy is fundamental to our society, the refining will remain crucial to the nation’s economy. Therefore, in the contemporary world, policies that influence energy production should be based not only on what's good for the industry, but also on understanding what is best for the consumers and for the environment. The oil and gas industry influencers and the community enthusiasts should combine their forces to create a safe environment around refineries without compromising fuel production efficiency.

If you need the expert advice about the best gas detection devices, please don’t hesitate to give us a call at 800-829-9580, or visit us online at pksafety.com. Follow us on Twitter: @PKSafetydotcom.