The sensors in your gas monitor work in different ways to keep you safe. Some wear out relatively quickly, while others could conceivably last forever. Here is a very quick overview to help you understand basic gas sensor technology. We hope this information will allow you to see the benefits of regular maintenance, bump testing and calibration. 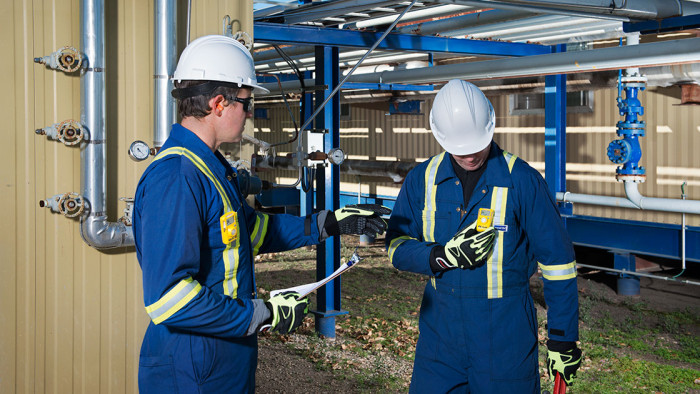 The most common sensors used in confined space work are Oxygen, % LEL (Lower Explosive Level), Carbon Monoxide, and Hydrogen Sulfide. However all sensors are not created equal. The methods used to detect the levels of these important gases are very different, and the sensor life and durability vary.

For instance, sensors for Oxygen (O2), Carbon Monoxide (CO), and Hydrogen Sulfide (H2S) are generally electrochemical-type sensors. A measurable electric current is produced when a chemical reaction takes place inside the sensor. The measure is generally displayed for toxics such as CO and H2S in parts per million (ppm) and percentage of volume for O2.

While these are all electrochemical sensors, an Oxygen sensor is a "consumable" sensor, while the toxic sensors (CO and H2S) are generally "non-consumptive". For an Oxygen sensor to work, it needs to convert lead into lead oxide and measures the chemical reaction. Even if the monitor is turned off, as long as oxygen is in the air, the lead is being converted and the life of the sensor is decreasing. Some folks remove their sensors and put them in air-tight containers, but since you have to warm up the sensor for anywhere from 15 minutes to 4 hours each time you plug it back in, the sensor savings can be negligible.

Toxic sensors are non-consumptive, meaning they don't need to convert an element to create the reading. Generally these sensors have various electrodes and a small reservoir of some type of acid electrolyte. A measurable current is created as gas is encountered by the sensor, but neither the electrodes or the acid are depleted, so in theory, they could last forever. In the real world, however, they are damaged by contamination or leakage and that reduces the actual life to something like two to four years. Also, remember the little pools of acid? If these sensors are damaged, waiting to replace these sensors can sometimes create even more costly repairs to the monitor.

Finally we'll talk about Lower Explosive Level (% LEL) sensors. These are solid-state catalytic sensors. Stick with us if your eyes are starting to roll up in your head from the excessive tech talk. They derive readings from two ceramic rings that go around a coiled wire. Each ring has a catalyst system that makes one ring active while the other is completely inert. When the monitor is on, the active ring burns any combustible gas it encounters, while the inert ring does what inert things do - namely nothing. The imbalance in the sensor circuit is measurable and can be displayed by the monitor (typically, but not always) as a % LEL.

LEL sensors, like the toxic sensors, can realistically last for quite a while and have been known to last for over four years. However, they are the most sensitive sensors in a four-gas monitor, and can break if the monitor is dropped. Highly fuel-rich but oxygen-deficient atmospheres can also lead to LEL sensor failure due to build-up of tar and unburned fuel on the activated ring.

All of this is just to remind you - sensors don't last forever. Regular bump testing and calibration is the only way to assure the gas monitors on your job sites are performing and keeping workers safe as they are designed.