There is some debate as to whether or not the PIP EZ-COOL Cooling Towel looks cool, but there's no question it helps reduce your body temperature and keep you more comfortable while you're working. The Cooling Towel is activated with a small amount of water. To use it, simply wet it with water from the sink or a splash of water from your bottle, then wrap the springy blue towel around your neck, put it over your head, or cut it into strips and tie it around your wrists or anywhere you can think of to keep cool. 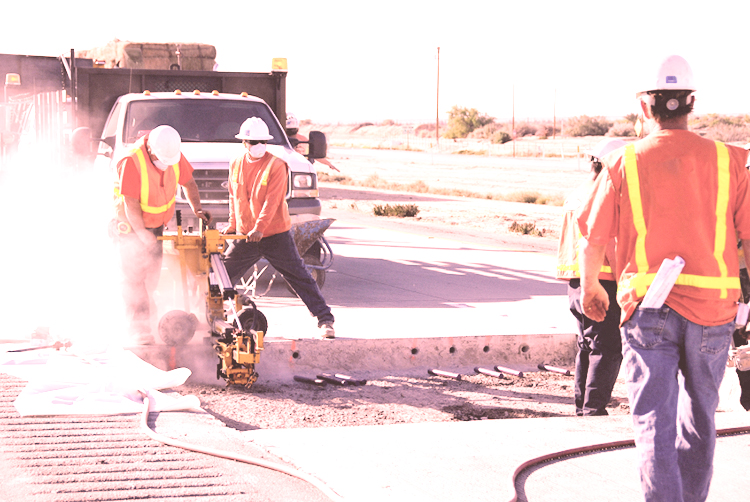 The PIP Cooling Towel is designed for outdoor workers trying to keep their core temperatures down during the long, hot days of summer. Just a little bit of water is enough to make the towel work. We've found it's better if the towel is cut into at least two strips lengthwise as using the complete towel feels somewhat bulky. While the possibilities are endless, one of our friends in the field writes "The towel around the neck or the half-towel wetted and put under a hat or hard hat and shading the back of the neck seems to be the most effective in keeping me cool."

The evaporating liquid in the towel provides a cooling sensation for the wearer for hours. This product has been one of our most popular of the summer. The towel also acts like a chamois, absorbing water or sweat, keeping it off the skin, then allowing the skin to feel cooler because of the proximity to the evaporation. The manufacturers call the material PVA (or Polyvinyl Alcohol). A bit of research reveals PVA is also used to create that great kids toy slime. This has nothing to do with the product or its uses, but it was pretty interesting, and I thought you might like to know.

Another option for cooling down this summer is the Allegro Cooling Wrap. This 100% cotton neck wrap is 38 in. long and has hydration cooling crystals sewn in. Soaking the cooling wrap in cool water for 10-15 minutes allows the crystals to activate and keep you cool for hours. It's not as big, nor as absorbent as the EZ-COOL towel, but the pictures of our co-worker are pretty funny, so it's always good to take a look.

Keeping body core temperatures down and staying hydrated is at the center of staying healthy and comfortable during the warmest days of the summer. While these measures aren't needed every day in most locations, it's important to know how to protect your skin while working. In addition to cooling towels, items like sunscreen aid outdoor workers in staying cool and safe from heat stroke and other heat-related illness through the hot summer months.