There is nothing worse than getting yourself all decked out for a job—sorting your ropes out, tying off and donning your harness (preferably in the right order)—hitting the work site only to realize it’s covered by a cloud of mosquitoes.

Bugs are an unavoidable force of nature, a constant threat of irritation and distraction, as well as a genuine health hazard. So when you’re on the job, insect repellant can be a lifesaver, making the difference between getting a job done, going home and sleeping well or spending a night scratching yourself silly. 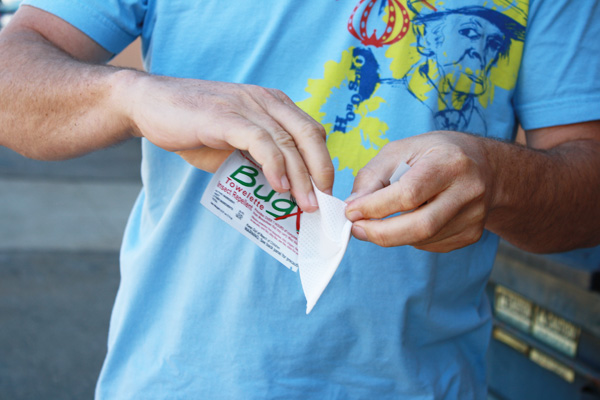 Bug spray is a good thing, but it’s not without its problems. DEET (N,N-Diethyl-meta-toluamide), is the most common active ingredient in bug sprays. Developed by the US Army after WWII to aid in jungle warfare, DEET’s effectiveness is directly correlated to its strength. 100% DEET will give you 12 hours of coverage. But because DEET is an irritant and can even dissolve synthetic materials like plastic or the finish on the varnished bar you are leaning against, you want to be careful about putting too much on your skin and extra care must be taken when using DEET on children. In fact, it's so powerful, some parents avoid putting it on kids all together unless nothing else is available.

It’s important to remember that these biting insects aren’t just a pain and irritation. They are disease vectors. Dengue fever, Tick Borne Encephalitis, Lyme Disease, West Nile Virus are all real threats in the United States. Each one is life threatening and difficult to treat, but they're all avoidable. A good repellant (like DEET) can help prevent biting and so the transmission of these diseases. Fortunately, there is an alternative to the spray on of high concentrations of DEET.

Coretex, a skin care company, has gone and developed a special insect repellant wipe: The BugX30. These wipes are EPA approved and chock full of a special formula to give you equal performance to high concentrations of DEET, but at a much lower concentration. And by using 30% as opposed to 55%, Coretex avoids a lot of the harmful shortfalls of high concentration DEET repellants. Still effective against the widest range of irritating, biting, disease borne bugs: mosquitoes, ticks, chiggers, fleas, gnats, red bugs, no-see-ums, sand fleas, biting flies, deer flies, stable flies, and black flies, these BugX30 wipes provide over 7 hours of protection. They are non-greasy, sweat resistant, and smell better than most DEET products. Plus, you can pack them in your carry-on luggage for your next trip.